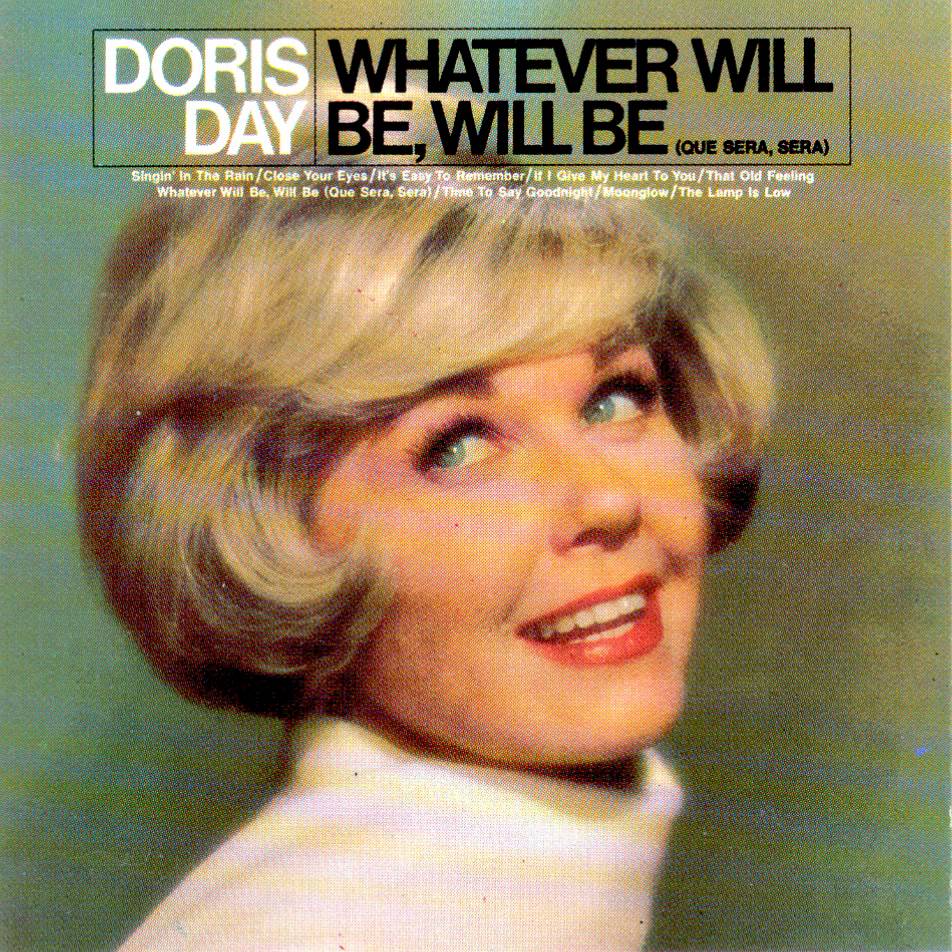 Que sera sera - A pleasant and popular saying; meaning "Whatever will be, will be"

Most would know this Spanish phrase from the popular hit song of the same name. You may have already started singing the words in your head: "Que sera sera, whatever will be will be, the futures not ours to see, Que sera sera"

I first heard it sung by Doris day, a beautiful well known actress, with a glorious voice, from the fifties. Her movies and music were introduced to me by my mum (a big fan). I remember watching 'Calamity Jane' staring Doris Day with mum. What a glorious movie! What a glorious memory! But Doris Day first sung our song in title "Que sera sera" in the Alfred Hitchcock movie 'The man who knew too much'. Later it became her signature song, featured as the theme song for the Doris Day show.

The song was first written by Jay Livingston and Roy Evans in 1956, though the saying has quite a long history dating back to the 16th century. It has been recorded by numerous other well-known artists since, topping the charts around the world.

So many people singing along, accepting whatever will be - instilling the belief - they didn't have a choice...

WHY AM I SHARING THIS MUSIC TRIVEA?

Well, besides the fact that the lyrics provided a sense of acceptance to the things that happen around us, which isn't bad because we know sometimes the only thing we can change is our thoughts about an experience. And of-course acceptance or embracing certain experiences that cannot be changed, is paramount to our well-being. But the lyrics created another sense, meaning or belief; that we don't have any control.

Due to the ever increasing awareness of quantum physics and the benefits of positive thinking and conscious living, I believe we could now change the words to "whatever you choose can be" or in Spanish; "Que usted elige puede ser". So maybe it's not as catchy, doesn't quite flow the same (well at all really) but it is truthful and much more productive! I sat for hours trying to come up with a catchy version - I'm yet to discover it, song writing clearly not my forte - or could it be?

Many old ways are simply that - as once we thought the world was flat!

We can remember them with fondness but happily move forward to new proven, productive ways of thought and being. Embracing change and our ability to control our thoughts and ultimately how we experience and create our lives.

Today’s blog is not meant to offend or ruin a sweet song. If I was able share this thought with Doris today, I'm sure she'd agree! It makes me wonder what other thoughts and beliefs are embedded in our minds, accepted as truth or just how it is, without question. Thoughts and beliefs (that we may not even remember where they came from) that truly hinder us or hold us back? Start to take note of yours, challenge them and accept only those that bring you joy and allow you to move forward with clarity, truth, positivity, hope, joy and love.

P.S A couple of other thoughts that spring to mind;
- "You can't have your cake and eat it too" - now what's the point of that?