You can drop the 't' 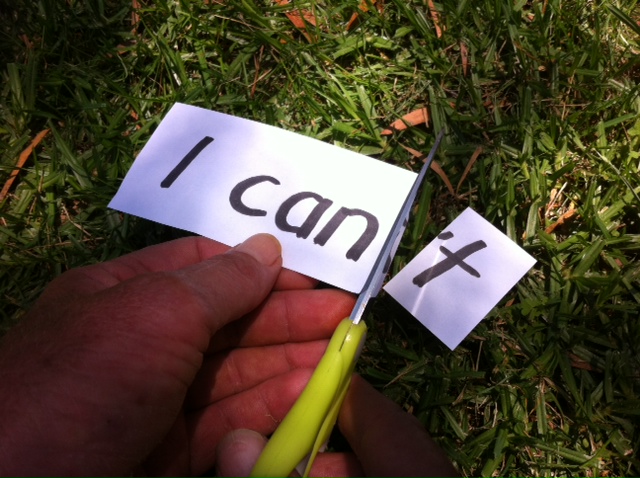 Life can be tough!

Being human is not always easy. As Debbie Ford from 'The Shadow Effect' says; "To be human is to be challenged"

But it doesn't mean is has to be negative, impossible or full of 'I can't'

Those that succeed and live lives they love, succeed through pure determination and a will that just won't give up. They keep going, learning, researching, trying, doing, tweaking and doing again until it works. They listen and surround themselves with the right people.

Were often surrounded by all those who gave up after a few attempts or didn’t even try. They teach us directly or indirectly; it's impossible, doesn't work, can't do it!

Surround yourself with the right people!

With people who will encourage you, support you. People who inspire you and push you positively out of your comfort zone. And people who are doers not don'ters. Its easy to get deflated or give up when things don't go to plan - if you're in the can't, don't, wouldn't crowd. The crowd that builds beliefs based on their previous experiences and doubts. These are the people that will quickly jump in and tell you "I knew it wouldn't work" or "I told you so".

So many people don’t see their dreams come true because they listen to the wrong crowd.

Don’t allow their seeds of doubt to take off and become yours.

If you have a dream, a goal, a desire - listen to the right people and listen to your heart.

There’s thousands and thousands of success stories. From people of all walks of life, some beating seemingly impossible odds. Allow them to inspire you, allow the experts in the field you're aiming for to guide you, listen only to those close to you that support you and encourage you.