It was a typical day commuting to work, same time, same place. 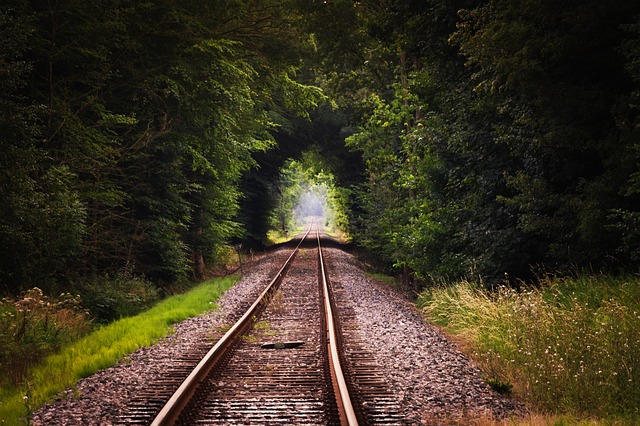 Along the journey the train pulled into a platform but missed it by a long shot. Unable to open the doors the train guard announced (in a very harsh, annoyed, accusatory tone) "due to an at driver fault we can't open the doors" she then followed with a big apology and stated "delayed till further notice". People straight away started calling their work, with panic or annoyance "oh I'm going to be late there's been a bla bla bla".

I thought to myself "I hope the drivers ok? This has never happened before".

Not 2 minutes later we completely left the station not picking up any passengers at one of the major stops on my train line and commute. Don't trains have reverse?? I wondered? It would seem not. It only had to go back a few metres (well around 6 carriages actually) to pick up hundreds of passengers waiting for their regular daily commute to work.

For whatever reason (and I do hope the driver was ok) he or she had to just keep moving forward! People had panicked calling bosses "I'll be late" then came big sighs, shaking of heads, comments of "what a joke", "typical" and that was just inside the train - from those people already in their seats heading to work. I can only image those left on the platform, so close, just about to board but oh hang on, what? The doors aren't opening, now it's leaving!!! What the - Aargh. There would have been no doubt; anger, curses, comments, sighs, texts, calls, panic, mind shuffling and rescheduling as their plans would now have to be re-arranged.

I'm pleased no one got to look at the train driver. I image he (or she) already felt bad enough without a stack of people, from all walks of life, unconsciously, judgementally, giving him (or her) an uncomfortable stare or piece of their mind. But it did make me think in life we have to just keep moving forward, often re-arranging or shuffling our plans when something doesn't go right or should I say as planned. There are some things we just can't control.

For those on the train, not such a big delay or drama really - although some acted as if it was but for those on the platform that couldn't board the train - it defiantly would have made many late. Missing connecting trains, buses, ferries, meetings, opening of businesses, appointments, maybe even a hot breakfast date, who knows.

Many of us can get our knickers in a twist over such things when there's absolutely nothing we can do about it besides:

1 - Focusing on our no: 1 vital, innate, survival skill - breathe!
But conscious breathing; slow, deep, focused. Relaxing and slowing your heart rate, reducing anxiety; bringing back some level of calmness and think ability.
2 - Change the way we think!
Maybe from a different perspective, maybe from the others persons point of view, maybe looking at all the positives (in this case: grateful it rarely happens, grateful that there would be another train coming along and grateful that you are needed somewhere).

For those who are thinking but my boss is an ass-hole and if that were me he'd be angry!

A) Politely ask him to call state rail and go about your work.

B) Get another boss! Really. If it's not an instant fix and he's miserable to work for, look for something better, more enjoyable. Affirm there is a great job opening up perfect for you - then work, do your best while your still in your hell job, smile at the boss and get active; looking, applying, studying (he doesn't have to know). Keep moving forward. Remind yourself HIS ANGER - HIS ISSUE and hay he's (or she's) only human too and has to report to people above him and possibly cop it from them.

C) Laugh. Because s*#t happens, and know that although you can't control everything that happens around you - you can certainly control how you deal with it!

You always have a choice.